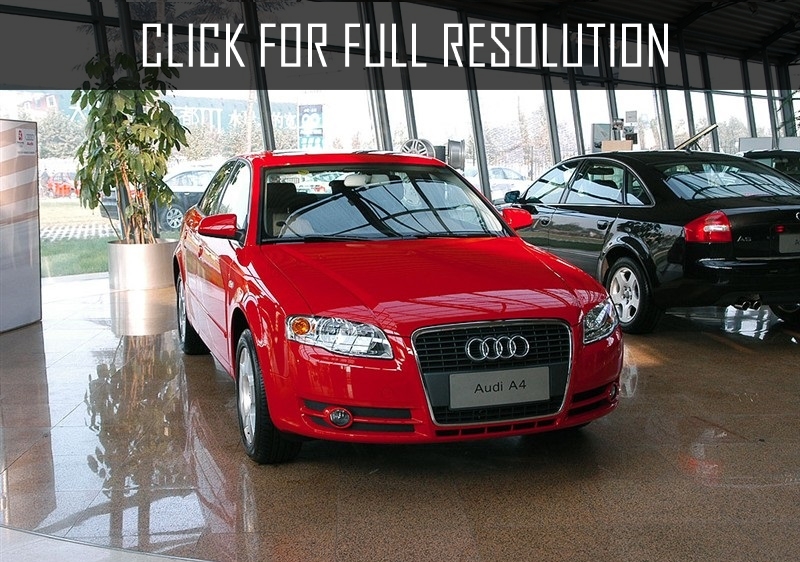 In 1986 appeared the latest generation of the Audi 80. This car was the predecessor to Audi A4. Audi 80 was popularly called "barrel" for its rounded body shape. In late 1994, released a new generation of car Audi A4 B5, which just got the name of the Audi A4. First appeared a sedan and after that only a year later a wagon was launched . In 1999, the car has undergone a restyling. On the choice of a large number of engines from 1.6 liter to 2.8 liter petrol and 1.9 liter dezel. In 2000 presented a new generation of Audi A4 8E, wagon also appeared a year later. In 2004, a new Audi A4, although some people call it just a restyling. Finally, in 2007, started selling new Audi A4 B8!

The current is the fourth generation of family A4, which is available in sedan and wagon (Avant) in 2012 survived another restyling, which mainly touched upon the appearance of the model. Thus, both the sedan and wagon appeared a new form of hoods, which are lighter in weight than older version of 2009. Also, the car got a new hexagonal grille Audi Singleframe, and slightly redesigned front bumper - was transformed, compared with the previous version, the shape of the side air intakes and fog lamps.

At once new headlamps of head light of model are evident: their deliberate angularity is emphasized perfectly by continuous strips of LED day running fires (to be ordered as an option). To speak about its profile, the car has not changed at all: the sides of the body still cut through two raised lines - lower running from the edge of the front wing rising slightly to the rear and the top starting even from the headlamp and rear ends at stoplights.

Changes occurred in the stern of the car: a new more compact rear optics are appeared. If older version of the model exhausts were spaced along the edges of the bumper, then the updated A4 are assembled together and are arranged on the left side.

The car is still manufactured at Volkswagen MLB platform with a wheelbase of 2808 mm. Inherent feature of this model is the fact that the length of the body sedan 2 mm larger than the station wagon (4701 versus 4699 mm) although most manufacturers vice versa. Compared with the previous generation Audi A4 have become shorter front overhang thereby designers were able to increase the wheelbase without resorting to excessive stretching of the body length. Generally, the updated platform turned more balanced than the one on which was built prior generation.