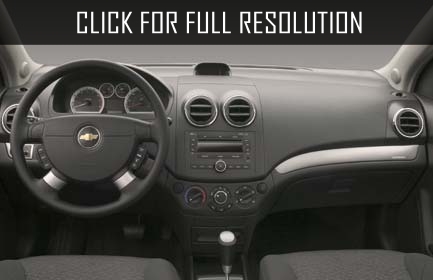 The model comes from Daewoo Kalos (Kalos in Greek — "beautiful"), the first car, which was held in a series after the bankruptcy of Daewoo was bought by concern GM. From model Aveo differs from  European Daewoo Kalos in design. Chevrolet designed with horizontal chrome strip along radiator panels, larger size, more dynamic appearance, larger luggage compartment, more spacious, stylish and expensive.