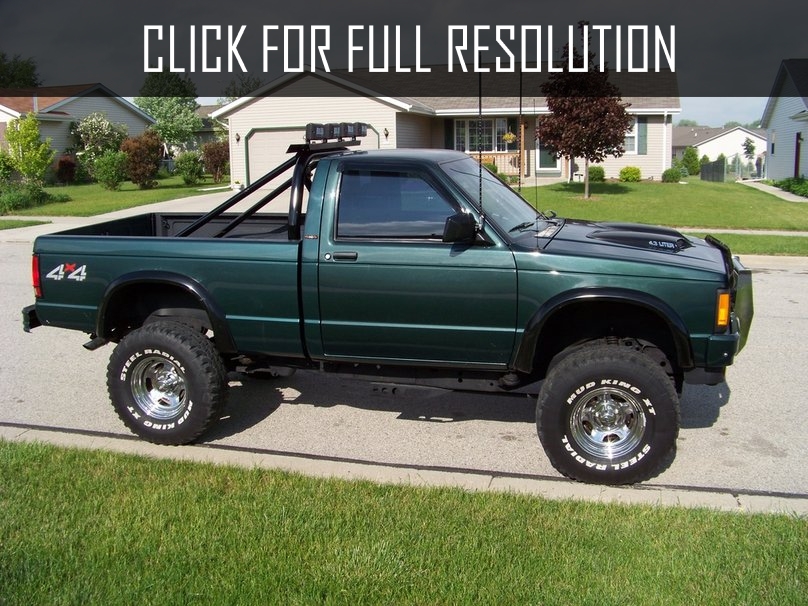 First Pickup of Chevrolet S-series was introduced in 1982 under the name Chevrolet S-15, and then renamed to GMC Sonoma. The second generation - Chevrolet S-10 pickups was started manufacturing in 1994. For this generation of S-series used only two types of engines - Vortec 2200 I4 SFI and 4300 Vortec V6 CMFI. In 1996, Vortec 4300 V6 CMFI replaces its updated version - 4300 Vortec CSFI with volume of 4.3 liters. Chevrolet S-10 is equipped with three transmissions - automatic gearbox 4L60E, manual NV1500 and NV3500.

The four-wheel drive Chevrolet S-10 appears in 1994 with additional systems to drive on the road safely as it is renamed to ZR2. The distinctive features of Chevrolet ZR2 are increased planting, suspension with reinforced elements, gas shock absorbers. In 2001, 4-door version of Chevrolet S-10 Srew Sab appears with two rows of seats. In 2004, release of Chevrolet S-10 was discontinued. However, after 8 years in 2012, new fourth generation of Chevrolet S10 pickups became availabe for sale in the market.