Recently, the debut of the updated Korando Turismo minivan known in some automobile markets as Stavic or Rodius has been taken place. The ... read more 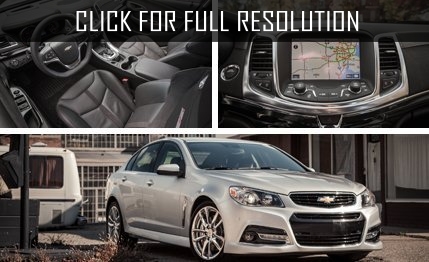 The history of Chevrolet SS, which means Super Sport, had begun in early sixties. With “SS” index were marked forced models of Chevrolet on production version of platform. The fast cars were appeared in American market at the time of law price of the fuel, which made it possible to install the huge engine into the car. During the sixties Corvette SS and Chevelle SS were one of them, and Corvette SS was oriented to the riches, and Chevelle SS to the middle-class market respectively. When the price of the fuel was increased, SS indexed cars were appeared from the market. The cars of BMW model and Japanese cars replaced them.

There is necessary to mention about the model of Impala. The first generation of Impala 1958 was the hardtop car. At the end of the XX century in the wave of unification Impala was changed and turned to the Caprice with the outer changes and forced engine. The car become very specific, it could bounce along only on the straightaway. Moreover, the car producers tried to give a sportive character to other models. Thus, there were appeared HHR SS, Impala SS, Malibu SS, Cobalt SS. The financial crisis of 2008 made the General Motors Company reduce models of SS cars. Now only two models have Super Sport index: Camaro SS and SS as an independent model. Renewed concepts were useful for cars of sport class. They became categorical sport cars. Only Chevrolet Corvette is more advanced than SS models.