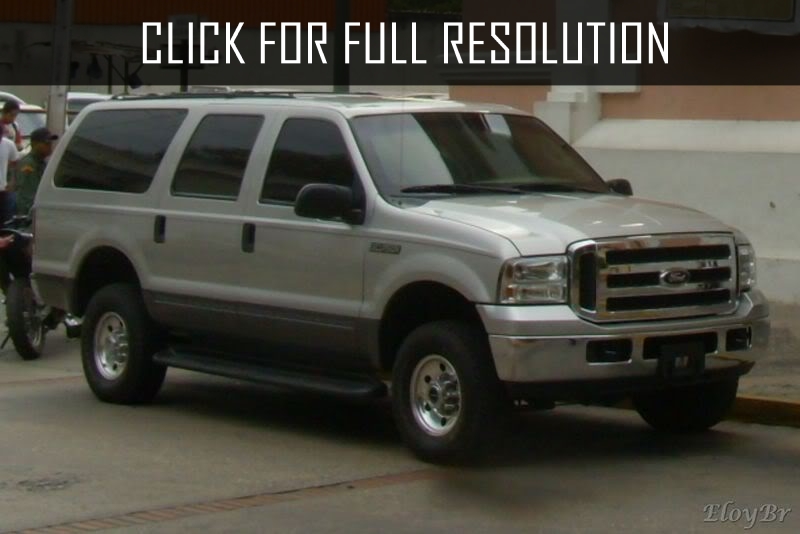 A full-size SUV Ford Excursion (sport utility vehicle) was produced in the period 2000-2005 in the USA by the Ford Motor Company. It was based on the full-size pick-up Ford F-250 (Super Duty pickup truck). Ford Excursion was significantly superior over its competitor Chevrolet Suburban in size and weight. GVWR (Gross vehicle weight rating) was more than 8,500 pounds (3,900 kg). After the termination of release of Ford Excursion-a, its niche was occupied by the extended option of Ford Expedition-a. The last Ford Excursion was assembled at the Ford plant in the city of Louisville (state of Kentucky). However Ford Excursion was made some time in Brazil under the name F-250 Tropivan.

Nevertheless the sales which began in 2000 were quite successful for Ford Excursion, only in 2000 in the USA more than 50,000 cars were sold. However, because of increase in the petrol prices, the sales of Ford Excursion were decreased. As a result, in 2005, the production was discontinued in the United States.

Sales of Ford Excursion in the USA: