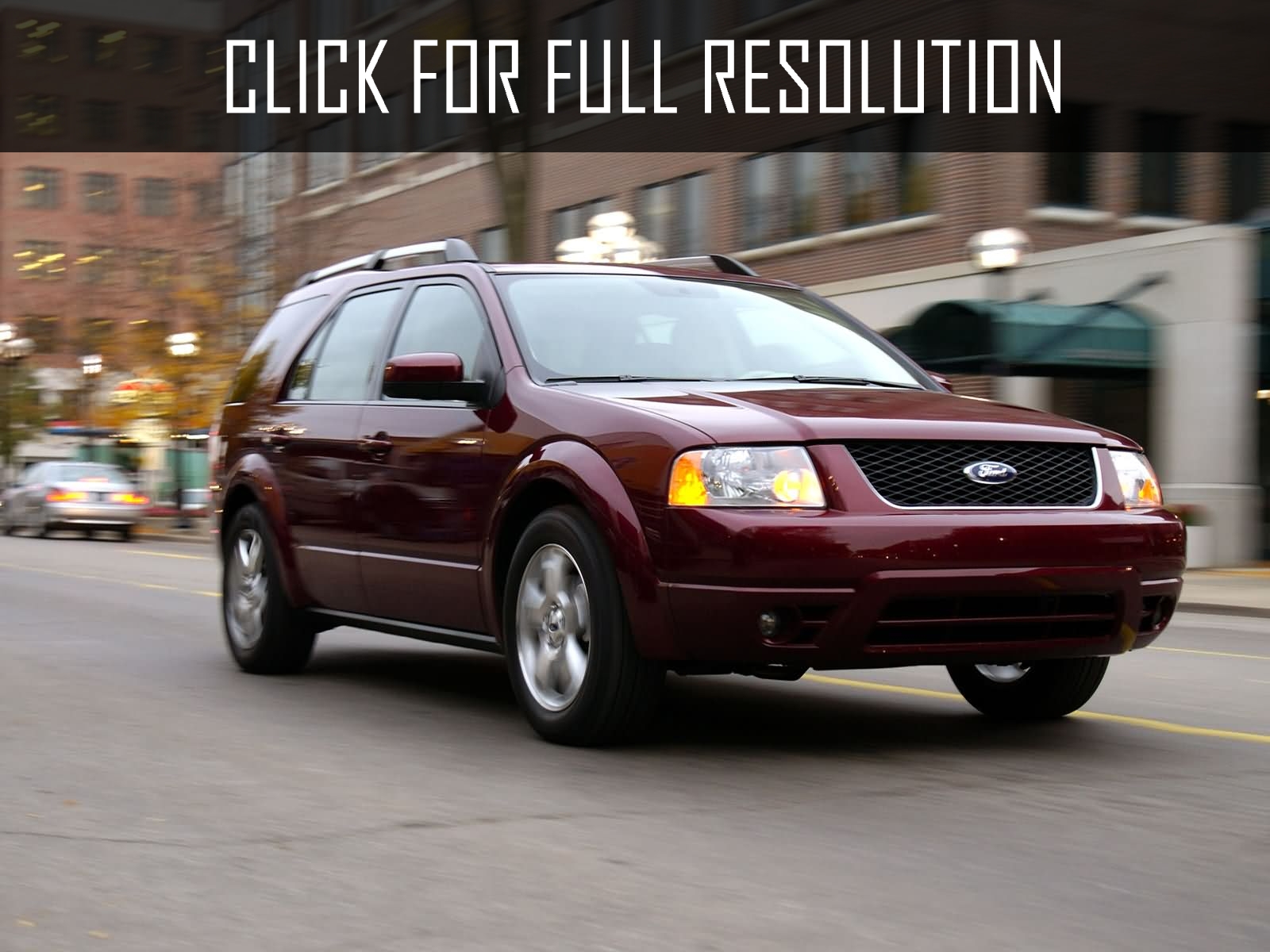 Ford Motor Company originally planned to call Ford CrossTrainer its new creation, but at the last moment, producers decided to award the model with more original name Ford Freestyle before the debut in 2005. The model combines the features of a SUV and station wagon: a long hood, high belt line, aggressive grille design, 2 - level roof, and large rear view mirrors. Ford Freestyle has three rows of seats in the cabin. Freestyle came in two options, with six or seven passenger seats. In the second row of seats, it can be either sofa with backrest for three passengers with the ratio of 60:40, or two separate equal chairs.

Since Ford Freestyle is primarily a family car, the cabin provides many places for details, including a box above the central console and optional space above the front seats where you can put your sunglasses or garage keys. The default details of Ford Freestyle were offered in three versions: SE, SEL, and Limited.

Optional side airbags and pillows-shutters for all three rows were offered for the first series of Ford Freestyle. Among the options: automatically adjustable pedals, rear parking sensors, DVD, panoramic roof, Sirius satellite radio and navigation system.