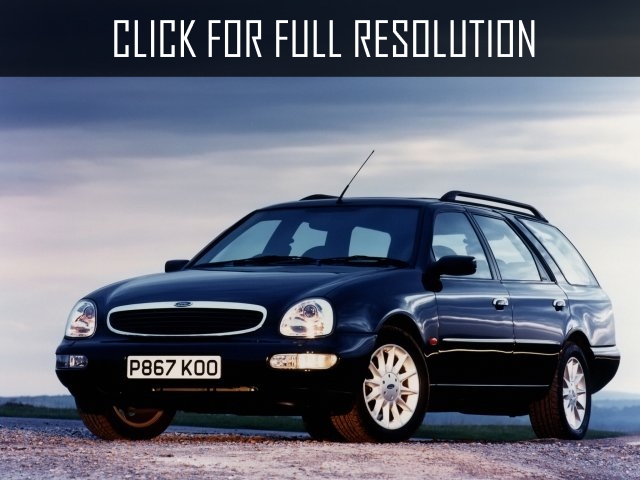 Ford Scorpio came to replace Ford Granada II in 1985.  At the beginning of the production, it was a rear-drive five-door hatchback and had higher active and passive safety than his predecessor, Granada. In 1986, Ford Scorpio 4x4 was introduced with modification of four-wheel drive.

It is worth noting about the excellence of basic components of Ford Scorpio, which includes ABS system by default. The advantages of hatchback are ergonomic driver's seat, original design and large luggage compartment. The Interior was spacious enough, back seat devides in parts, respectively the amount of luggage could be 440 or 833 liters, while fully folded seats - up to 1350 liters.