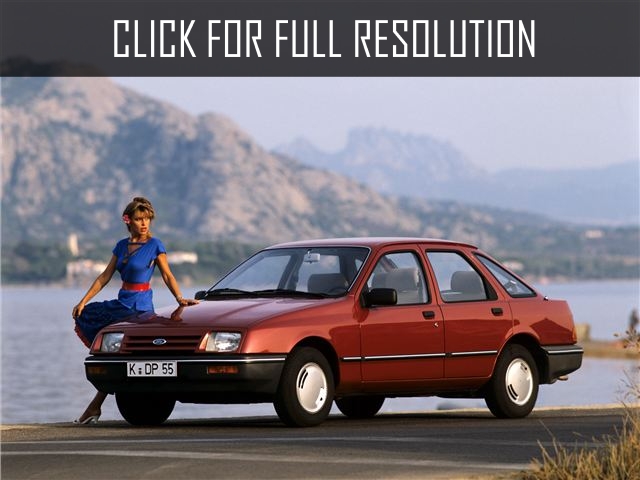 For the first time Ford Sierra was presented in 1982, a new model of family class — D, became replacement model for Ford Taunus. 1.2 billion dollars were invested by Ford company in the project on creation of Sierra. In 1983, Ford Sierra took part in the competition at the choice of the best car of Europe, the car of Ford gained 386 points and took the second place, having conceded leadership of AUDI 100 C3, which scored 410 points. Within 11 years of production, Ford Sierra was sold out 2 million and 700,000 cars. On the base of Sierra was built a larger car — Ford Scorpio. In the United States automotive industry Sierra was on sale under the brand Mercur (not Mercery).

Initially, Ford Sierra was offered in a body of hatchback, even today, majority of D-class models offered in the sedan body. Ford even released Ford Orion - a sedan in the base of Escort, obviously by doing this they decided to satisfy the need of potential buyers for a sedan, but by 1987, when restyling of Ford Sierra was carried out, Ford realized that there is a demand in the market for Sierra in a body of hatchback and subsequently it appeared in 1987. Before restyling Ford Sierra was equipped with square and rectangular headlights, and turn signals was located in the front bumper.