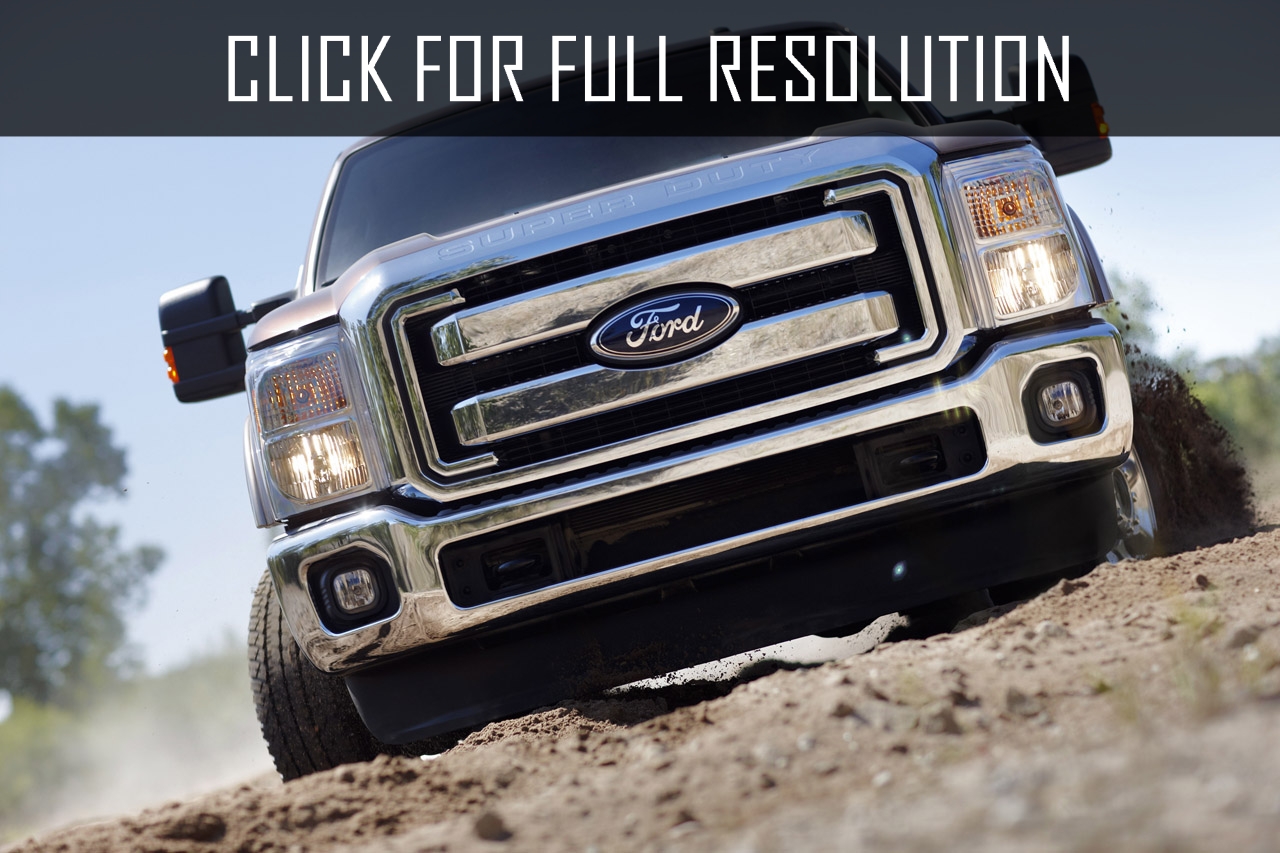 The Ford company officially presented the updated pickup of Ford Super Duty series which received new design of the exterior with different front bumper, slightly modified headlamps and a grille with two large horizontal slats. The car will now be offered with new engines. This is stated in the official press release of Ford.

Ford Super Duty will now be offered with two new eight-cylinder engines: the 6.7 liters diesel engine (its power has not been revealed, but according to some reports, it will develop 400 horsepower and maximum torque is 981 Nm) and the 6.2-liter petrol unit. Both engines can be paired with a six-speed automatic transmission with optional manual selection steps. In addition, the power plants can now provide the work of external devices, such as snowploughs or concrete mixers.