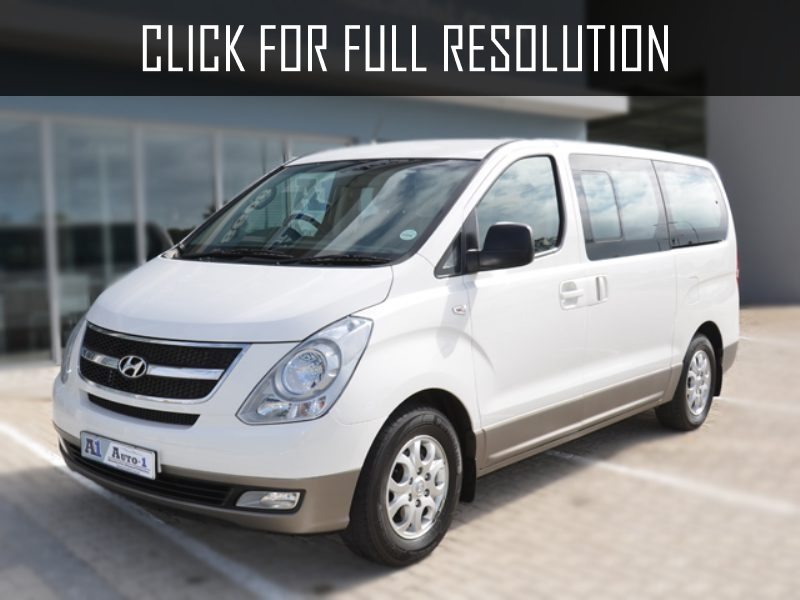 Hyundai H1 manufactured by Hyundai was designed for both business and family trips. It became the prototype of Mitsubishi Space Gear. Turning diameter is 11.2 - 12 meters which refers to good maneuverability. Passableness of Hyundai H1 is not as high as assumed. The combination of ground clearance is 190 mm with quite impressive wheel base which is clearly not for off-road. Hyundai H1 is offered in different versions: rear or four-wheel drive with short or elongated base.

At the beginning of 2000, Hyundai H1 has undergone small changes in exterior. In export markets, the car known as H1 or H1 Starex as well as Satellite in Europe. Range of engines consists of two units:
- electronic injection, four-cylinder, in-line motor volume of 2.4 liter power of 110 HP;
- diesel turbocharged, four-cylinder, in-line engine volume of 2.5 liter capacity of 80 HP.

Transmission with rear or all-wheel drive is equipped by 5-speed manual or 4-speed automatic transmission. On the frame included chassis, front dual wishbones, and torsion suspension. Anti-roll bar mounted in front as well as behind. Front brakes are based on ventilated discs, rear - drums. Hyundai H1 has two special features: firstly, rounded shape of the body, which is not typical for this class of car, and secondly, the rear door does not swing with two uprights. Height is 1.85 m which gives most people opportunity to stand.

The updated model of Hyundai H1 was presented to the public in 2007 in Seoul. Being in the car, your security will be taken care of solid frame bodywork and set of airbags for both the driver and passengers. In addition, this car can still be called eco friendly as in fact, exhaust gases produced by the engine complies with Euro IV standart. Thanks to 5-speed manual gearbox, torque is transmitted through the rear wheels.