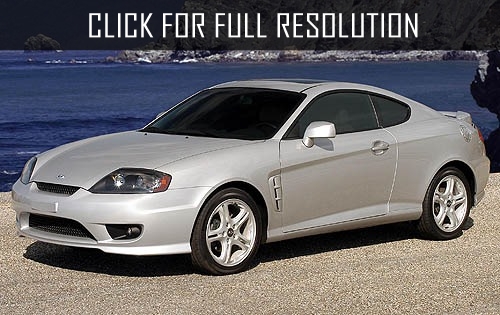 Hyundai Tiburon GS - have as standard five-speed mechanical transmission with two-liter engine, giving out 138 horsepower. The upgraded version of the Hyundai Tiburon GT had a 2.7 liter engine to 172 horsepower, sport-tuned suspension, 17-inch alloy wheels, cruise and climate control and an original spoiler. Those drivers who are interested in high speed and dynamics of the car, they should draw their attention to the Hyundai Tiburon SE with six-cylinder engine and six-speed gearbox. Hyundai Tiburon because of its relative price and quality, gained incredible popularity among motorists all over the world.