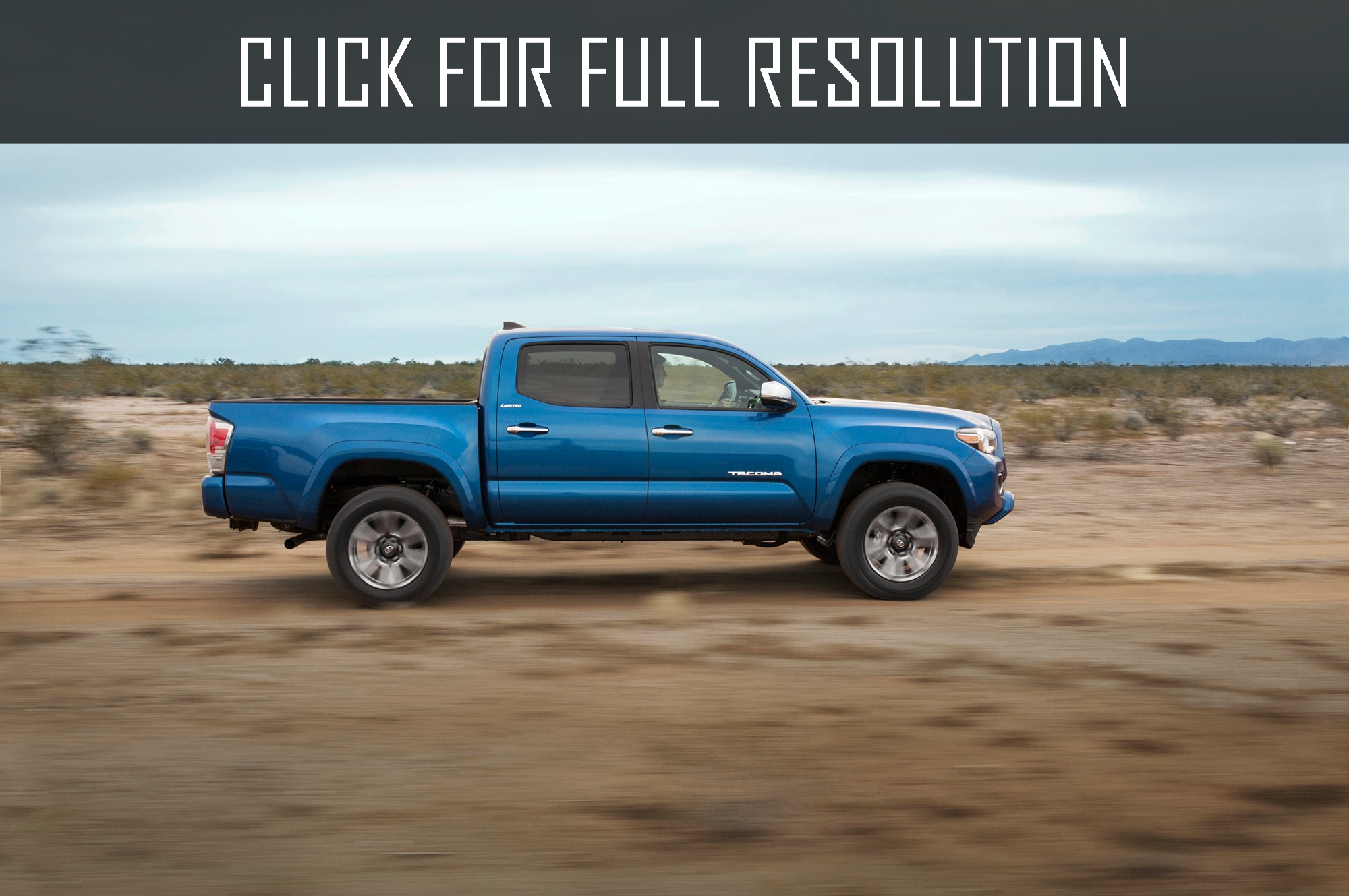 New Toyota Tacoma generation has officially presented at the North American international auto show in Detroit. Japanese company Toyota Motor Corporation gave a presentation on two novelties - new Toyota Tacoma pickup truck and Toyota Tacoma TRD off-road at Detroit Auto Show in 2015. Pickups are designed at the Toyota Technical Center in Ann Arbor (Michigan, USA) and will be produced for the local market in the United States. Start of the sales of the third generation of Toyota Tacoma 2015 is scheduled for the third quarter of the year 2015 in North America and the price can be between $21000 and $39000.

Honestly, it should be admitted that Toyota Tacoma 2015 is a deeply modernized version of the pickup Toyota Tacoma second generation appeared in United States in September 2004. The time of release was ten years and the model has become the best-selling in class of midsize pickups in the U.S. market with total result of exceeding 1.5 million copies. For cleriance, GMC Canyon pickups and Chevrolet Colorado together sold almost two times less than the second genaration of Toyota Tacoma.

Pickup Toyota Tacoma is tough, conservative car with frame bodywork, rear or four-wheel drive. Toyota Tacoma 2015 retains all the advantages of its predecessor, and Toyota engineers and designers tried to modernize the technical characteristics, exterior design and interior decoration of the car.

There are quite a lot changes in the cabin of Toyota Tacoma 2015; new decorated front panel, modern instrument panel, expressive circles speedometer, tachometer and large on-board computer. High-quality leather and plastic were used for decoration of the interior design. The front seats have expressive side support. In the list of modern equipment are multimedia system (7-inch), climate control, push button to start and stop engine, keyless access system to the salon, electric sunroof, rear-view camera, improved sound insulation.

The engine of the base gasoline version is 2.7 litres with 162 HP. However, there are more better changes in expensive versions of Toyota Tacoma 2015. Instead of the petrol engine V6 4.0 litres, novelty has V6 3.5 litres, and thanks to this impact, the Horse Power increased from 236 to 270. Toyota Tacoma 2015 is available with six speed manual and automatic gearbox. Apart from the standard versions of Toyota Tacoma 2015, Toyota offers an off-road pickup. It can be the best option for your off-road adventures. There is a rear differential lock, enhanced protection and Assistant Crawl Control that supports the desired speed when driving on rough terrain.