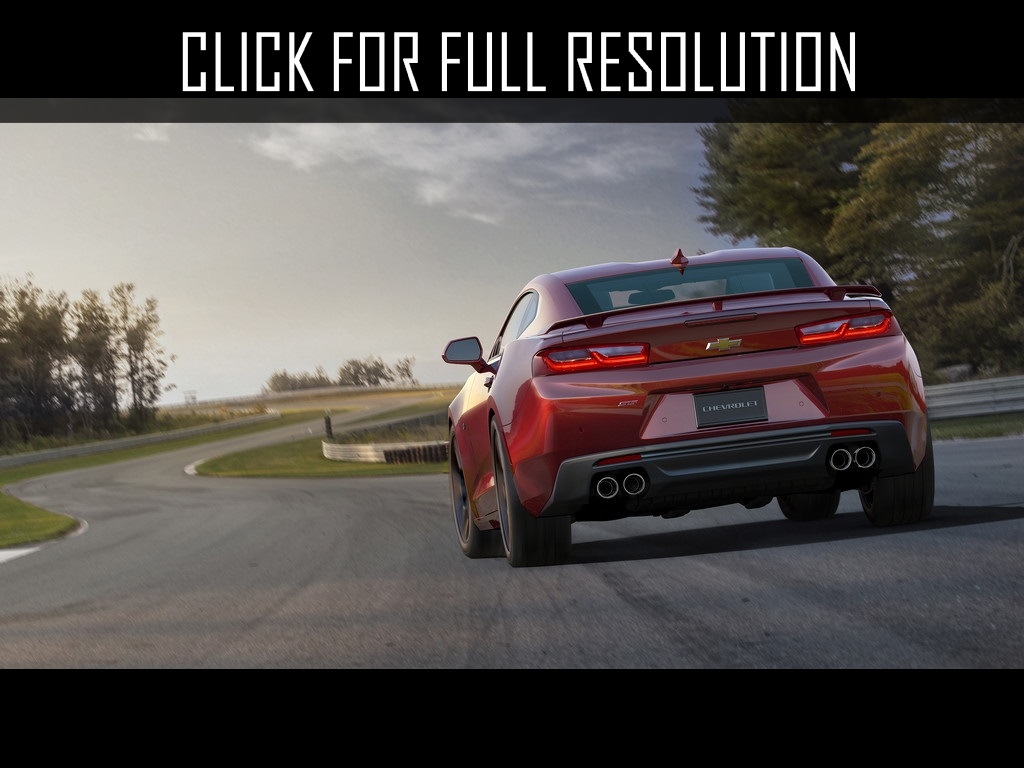 The sixth-generation Chevrolet Camaro revealed today offers higher levels of performance, technology and refinement and is designed to maintain the sporty car segment leadership earned over the past five years.

The Gen Six Camaro provides a faster, more nimble driving experience, enabled by an all-new, lighter architecture and a broader powertrain range. Six all-new powertrain combinations are offered, including a 2.0L Turbo, an all-new 3.6L V-6 and the LT1 6.2L V-8, which is SAE-certified at 455 horsepower (339 kW) and 455 lb-ft of torque (617 Nm) – for the most powerful Camaro SS ever. Each engine is available with a six-speed manual or eight-speed automatic transmission.

Camaro’s leaner, stiffer platform and slightly smaller dimensions are accentuated by a dramatic, sculpted exterior. Meticulously tuned in the wind tunnel, the exterior contributes to performance through reduced aerodynamic lift for better handling while enhancing efficiency.

“Redesigning the Camaro is thrilling and challenging all at once, but the secret is to offer something more,” said Mark Reuss, General Motors executive vice president of Product Development. “For Camaro enthusiasts, it retains iconic design cues and offers even more performance. For a new generation of buyers, the 2016 Camaro incorporates our most innovative engineering ideas with finely honed performance and leading design.”

Only two parts carry over from the fifth-generation Camaro to the new Gen Six: the rear bowtie emblem and the SS badge. 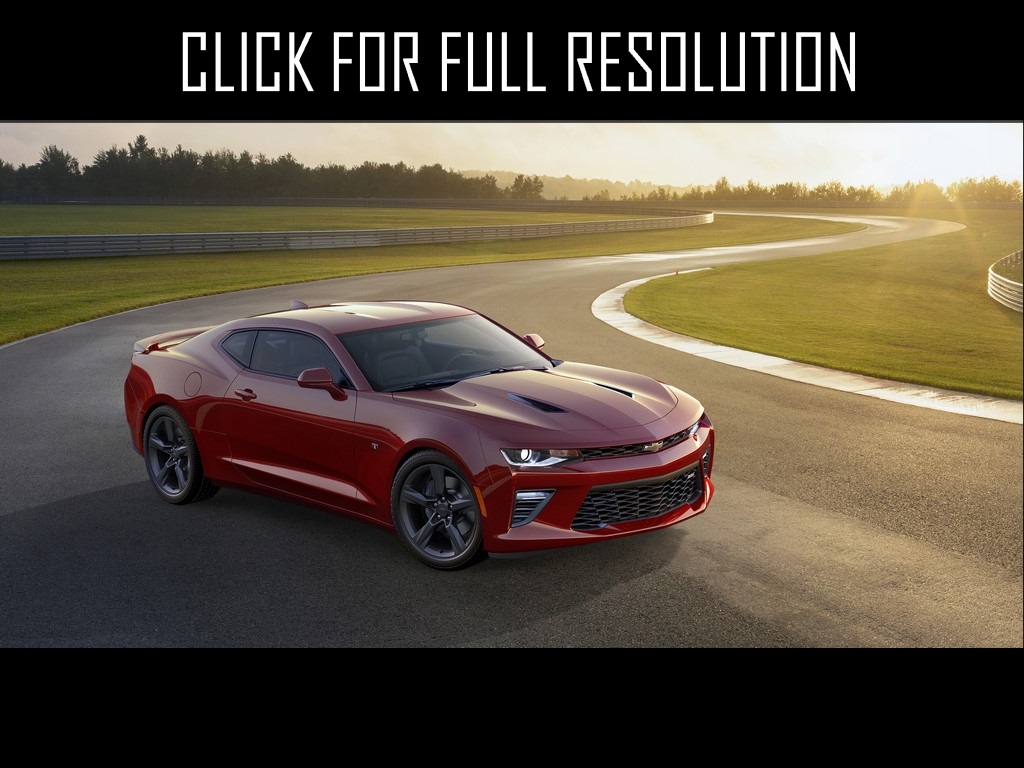 To make it not only the best Camaro ever, but one of the best performance cars available, Chevrolet focused on three pillars of development:

“We have had the incredible opportunity to meet literally thousands of Gen 5 Camaro owners who provided direct feedback on what they loved about their car and what they wanted for the next-gen Camaro,” said Al Oppenheiser, Camaro chief engineer. “As a result, the 2016 Camaro builds on what made the current Camaro such a success with more power, more agile handling and more technology.

“We expect it will set the new benchmark in the segment – and give a new generation of enthusiasts a reason to fall in love with Camaro.”

The Gen Six Camaro goes on sale later this year, offered in LT and SS models. 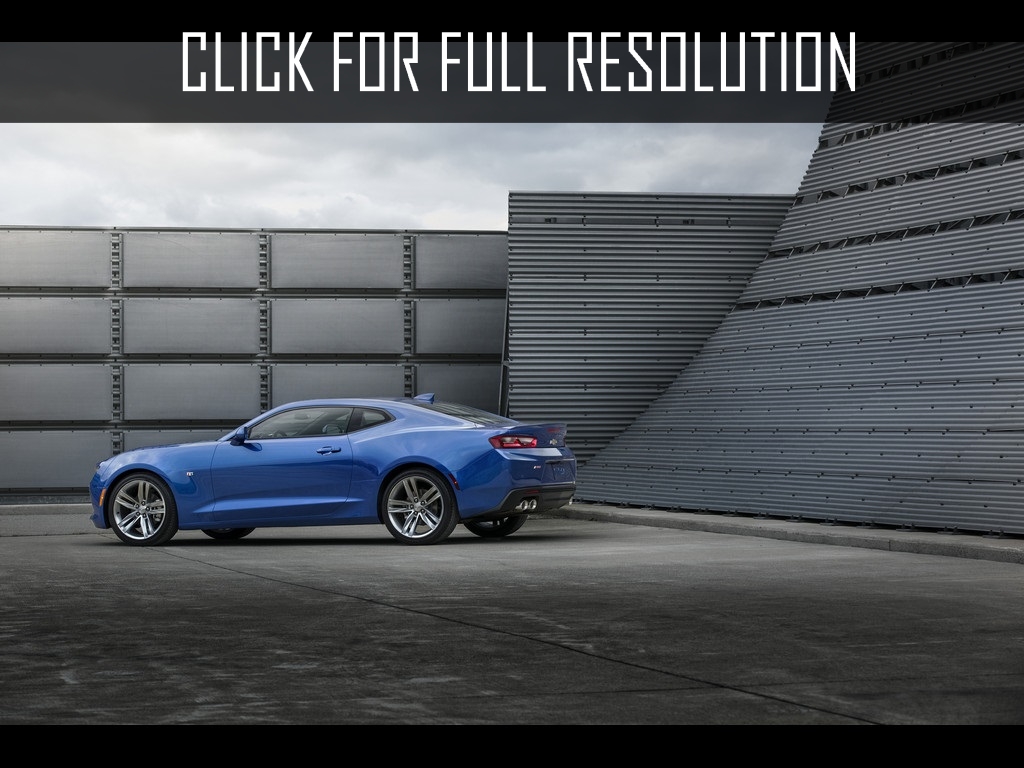 Approximately 70 percent of the architectural components are unique to Camaro. Through extensive computer-aided engineering, structural rigidity was increased by 28 percent, while the body-in-white mass was reduced by 133 pounds (60.5 kg).

In their quest to make the 2016 Camaro as lean as possible, engineers and designers evaluated every aspect of its architecture – already the most mass-efficient ever created by GM – and supporting elements, saving grams here and pounds there that contributes to the car’s lower curb weight. As a result, the total curb weight for Camaro has been reduced by more than 200 pounds (90 kg).

“The driving experience is significantly different,” said Aaron Link, lead development engineer. “Immediately, you will notice how much lighter and more nimble the Camaro feels. That feeling increases when you drive the Camaro harder – it brakes more powerfully, dives into corners quicker, and accelerates faster than ever.”

In addition, the Magnetic Ride Control is available on the Camaro SS for the first time. Previously limited to the Camaro ZL1, the active suspension reads road and driving conditions 1,000 times per second, and automatically adjusts the damper settings to optimize ride comfort and control.

The new Camaro will be offered with six different powertrain combinations, each designed to deliver improved performance and efficiency.

An all-new 3.6L V-6 is available in the Camaro LT, producing and SAE-certified 335 horsepower (250 kW) and 284 lb-ft of torque (385 Nm), for the highest specific output of any naturally aspirated V-6 in the segment. The engine incorporates a trio of technologies for uncompromised efficiency and performance, including direct injection, variable valve timing and, for the first time, Active Fuel Management (cylinder deactivation), which disables two cylinders under light throttle applications to enhance efficiency.

The 2.0L turbo and 3.6L V-6 engines are offered with a six-speed manual transmission or the all-new Hydra-Matic 8L45 paddle-shift eight-speed automatic transmission. It’s based on the Hydra-Matic 8L90 eight-speed, but scaled for the performance envelope of the smaller engines and offering an estimated 5-percent efficiency improvement over a comparable six-speed automatic.

Camaro SS is powered by the 6.2L LT1 V-8 engine introduced on the Corvette Stingray. About 20 percent of the components are specific for the Camaro’s architecture, including new, tubular “tri-Y”-type exhaust manifolds. It also offers advanced technologies such as variable valve timing, direct injection and Active Fuel Management (on automatic-equipped models) to help balance efficiency and performance. Output is SAE-certified at 455 horsepower (339 kW) and 455 lb-ft of torque (617 Nm), making it the most-powerful Camaro SS ever.

The LT1 engine is available with a standard six-speed manual transmission – with new Active Rev Match technology that “blips” the throttle for perfectly timed downshifts – or the Hydra-Matic 8L90 paddle-shift eight-speed automatic.

Each engine has been carefully tuned for a distinctive performance sound. All 2.0L turbo models feature active noise cancellation, which uses sound waves to cancel unwanted cabin noise. Models equipped with the available Bose audio system also feature engine sound enhancement, which amplifies the native sounds of the 2.0L turbo engine – and can be disabled based on the driver’s preference.

Both the 3.6L V-6 and 6.2L V-8 feature mechanical sound enhancers – resonators that direct induction noise from the engine bay into the cabin. Both engines are available with a dual-mode exhaust, which features electronically controlled valves that bypass the mufflers under acceleration, delivering improved performance and greater sound levels. With the dual-mode exhaust, drivers can personalize the exhaust sound, from a “stealth” mode to the most aggressive “track” mode. 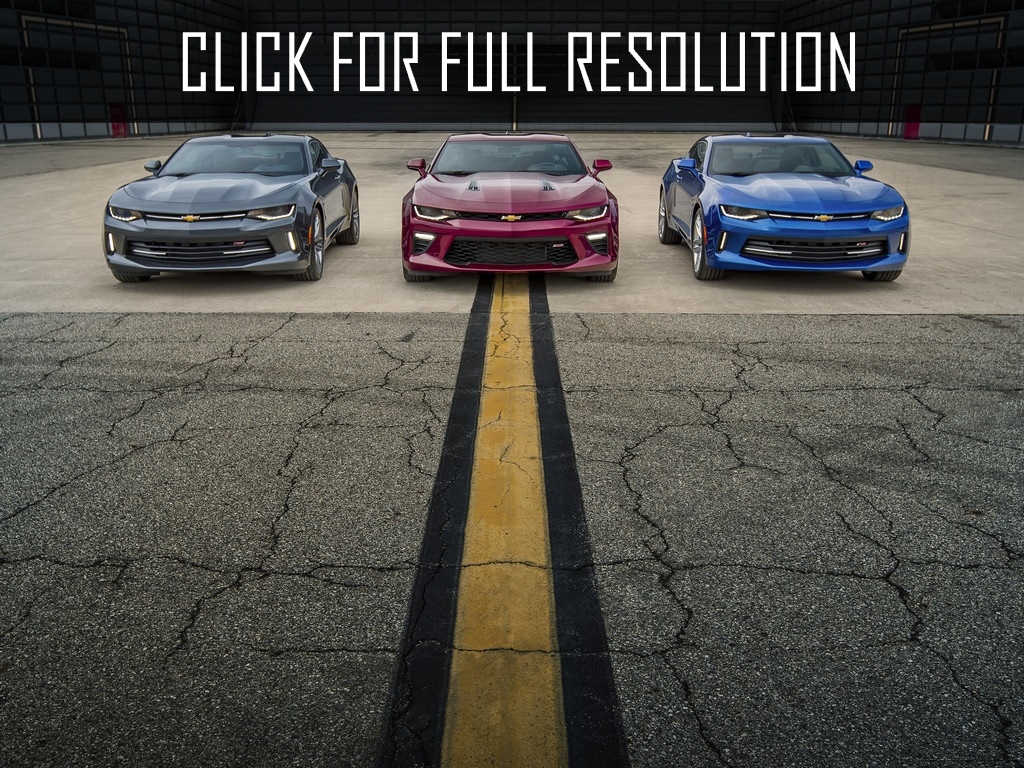 The exterior of the Camaro is more sculpted and more muscular effect that makes the new car look significantly lower and wider than before, even though it is within two inches of the exterior dimensions of the current Camaro:

“From every angle, you’ll never mistake this for anything but a Camaro,” said Tom Peters, design director. “We’ve taken that iconic design and amplified its proportions to reflect a more dynamic driving experience – like the T-shirt on a muscular physique.”

The front of the Camaro is defined by a cross-car grille/headlamp aperture, a signature cue that dates to the first generation. The new, expressive execution gives the Camaro a stronger, more determined face. It also displays a new, nearly fastback profile that flows into the pronounced haunches of the rear fenders, enhancing the wider, more aggressive stance.

A more expressive take on the taillamps blends the horizontal aesthetic of the first generation with a dual-element theme and aggressive tapers for a contemporary appearance. Additionally, SS models have a unique rear spoiler.

In many cases, the exterior design not only communicates the performance capabilities of the new Camaro, but contributes to them. For example, the teams spent more than 350 hours testing the Camaro in the wind tunnel, meticulously tailoring the exterior to improve cooling and reduce aerodynamic lift and drag.

Aerodynamic details include a subtle “air curtain” on the front fascia, which guides air around the wheels rather than into the wheelhouses, reducing drag. Also, the Camaro SS has a unique front fascia with integrated brake cooling ducts and a unique hood with functional air vents, which improve engine cooling and reduce front lift.

All models share a more pronounced, sculpted roof panel that improves the structural rigidity of the roof for greater refinement. The roof is assembled using laser brazing, eliminating the need for “ditch channel” seams and cover trim, giving the car a sleeker appearance while saving half a kilogram compared to traditional spot welding.

There’s also a new interpretation of the Camaro’s iconic red, white and blue “banner” insignia, displayed on the front fenders.

Like the exterior, the interior is completely new yet instantly recognizable. The instrument panel, for example, is a departure from the previous model, but retains the Camaro’s familiar dual-binnacle-style instrument cluster hood.

“Given the level of technology and performance, the interior had to be modern and driver focused.” said Ryan Vaughan, interior design manager. “But although the interior is an all new design, it is still instinctively recognizable as a Camaro.”

The instrument cluster features analog instruments to provide the driver with essential performance information, as well as an available eight-inch-diagonal high-definition center screen that can be configured to provide additional information including navigation, performance, and infotainment features.

Another eight-inch screen, integrated in the center of the instrument panel, serves as the interface for the enhanced, next-generation MyLink system.

The new center console and center stack are designed with high performance driving in mind. For example, the heating and cooling controls are integrated into rings surrounding the air ducts. Eliminating the associated buttons makes the cabin feel more spacious, and makes adjusting the temperature easy while keeping your eyes on the road.

An electronic parking brake replaces the previous mechanical parking brake handle. This enabled the cup holders to be repositioned for improved range of motion when shifting in manual-transmission models.

An available, segment-first LED ambient lighting system, integrated in the dash, door panels and center console, offers 24 different colors, as well as fade and transition effects that spread across the interior. There’s even a theatrical “car show” mode that cycles randomly through the entire color spectrum when the Camaro is parked.

The ambient lighting is one of eight attributes the driver can adjust using the Camaro’s new Driver Mode Selector– accessed via a switch on the center console. The system enables the driver to tailor the look, sound and feel of 2016 Camaro to their preferences and driving conditions:

The 2016 Camaro will be produced at GM’s Lansing Grand River assembly plant in Lansing, Mich.