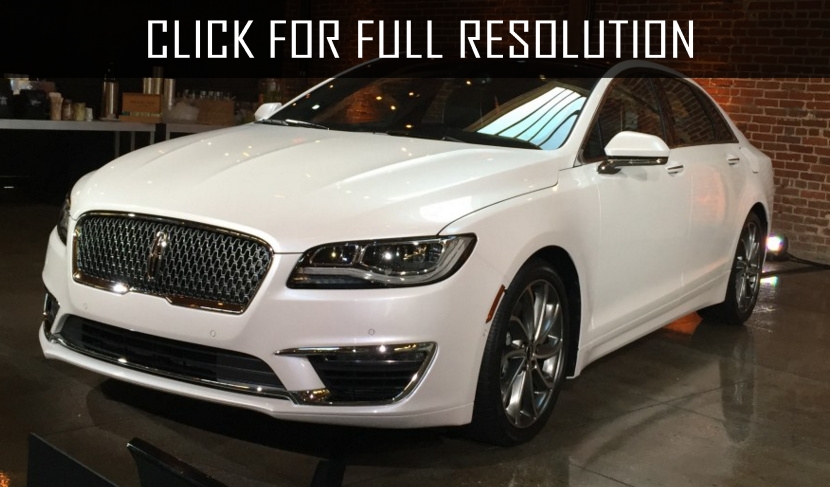 North American premium cars manufacturer presented an updated 2017 Lincoln MKZ at the Los Angeles Auto Show 2015. The model was radically changed the front part of the body, which is performed in the style of Continental concept. Thus, 2017 Lincoln MKZ has new headlights, bumper, hood, front fenders and false radiator grille.

Interior of 2017 Lincoln MKZ also received a number of cosmetic changes, among which are new steering wheel and updated center console. Technical equipment of the sedan has grown at the expense of systems of adaptive cruise control, automatic parking and prevent head-on collisions. Redesigned 2017 Lincoln MKZ provides clients one of two engines: 2-liter turbocharged engine with power of 245 HP and new 3-liter twin-turbocharged motor capacity of 355 and 405 HP for front-wheel-drive and full-wheel-drive respectively.

Basic set version is equipped by AutoHold system, hold brake while in a traffic jam as well as MyLincolnMobile application which you can use while driving. In addition, there are available modern security system, camera monitoring system, and adaptive cruise control. Optionally, you can become the owner of the most powerful audio - Revel, which includes 19 speakers. 2017 Lincoln MKZ is assembled in the USA, so the cost will vary depending on continent: price of most expensive complete set is $58 000 in America and $71 000 for the base in Chine.