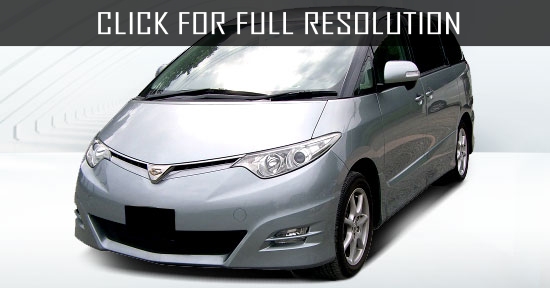 Toyota Estima debuted in the automotive market in 1990 as the first minivan has sliding doors. The capacity of the model impresses with 7 or 8 seats. The model is made in the original exterior, its inherent tough body lines, slanting front optics. This design of appearance had considerable impact on an exterior of the subsequent models of minivans.

The first generation of Toyota Estima was was rear wheel drive. Due to the fact that the engine in this model was installed under the floor, at an angle of 75 degrees, it was quite noisy car. However, this arrangement has provided comfort and spaciousness within the cabin of the minivan.