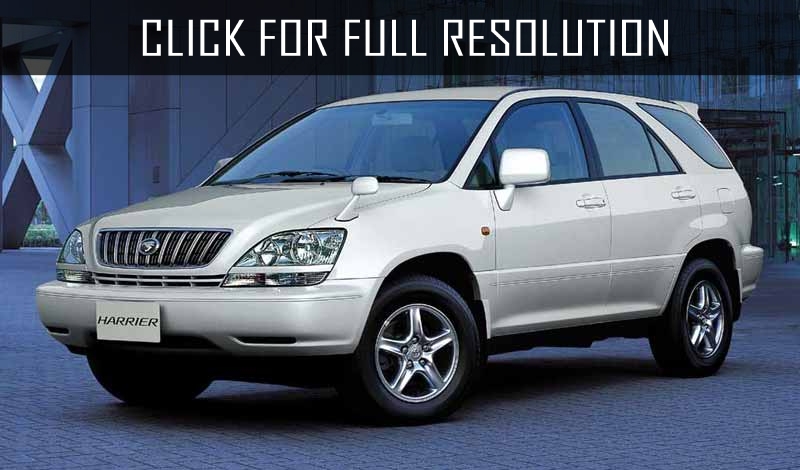 Toyota Harrier is front-wheel-drive, a similar model to Toyota Camry. It is not very similar to SUV, but intended for off-road, Toyota Harrier is equipped with independent suspension, sturdy body and Active Control Engine Mount System which was installed on version with 3 litre engine.

Toyota Harrier is equipped with two types of engines: 6-cylinder V-shaped with volume of 3 liters and 4-cylinder with volume of 2.4 liters. Transmission of Toyota Harrier is 4-speed automatic. The model underwent an extensive facelift in 2000. The most changes were grille and headlights design and remaining exterior elements remained intact. During of upgrade of 4-cylinder motor acquired 2.4 litre volume, which solved the problem of lack of power.