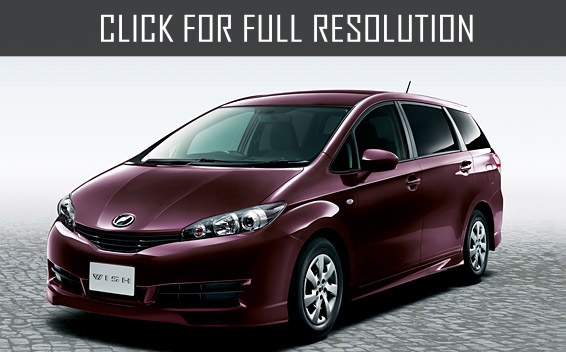 Toyota Wish is a compact 5-door hatchback which was first presented by Japanese company Toyota at the motor show in Tokyo in October 2002. On January 20 2003, the model appeared on sale in Japanese markets. Development of a minivan was conducted under the control of Chief Engineer Takeshi Yoshida. Basis for creating Toyota Wish was taken the same platform that was used for Toyota Corolla. Wheelbase is 1750 mm, body lengths - 4550 mm, width - 1695 mm and height - 1590 mm. In the Toyota lineup, Toyota Wish can be considered in a class somewhere between Toyota Ipsum and Toyota Spacio.

In 2005, Toyota Wish has undergone external changes that have affected to the front and rear lights, bumpers, as well as some elements of the salon, for example climate control panel.

Thanks to the wide wheel base and flat floor, the engineer managed to save enough space for all the seats and luggage compartment. One of the major differences in Toyota Wish models with two and three rows of seats can be baggage space and organization of the seats in the cabin. In model with three rows of seats, you can fully recline the seat backs.

The production of Toyota Wish is continuing successfully in the present.