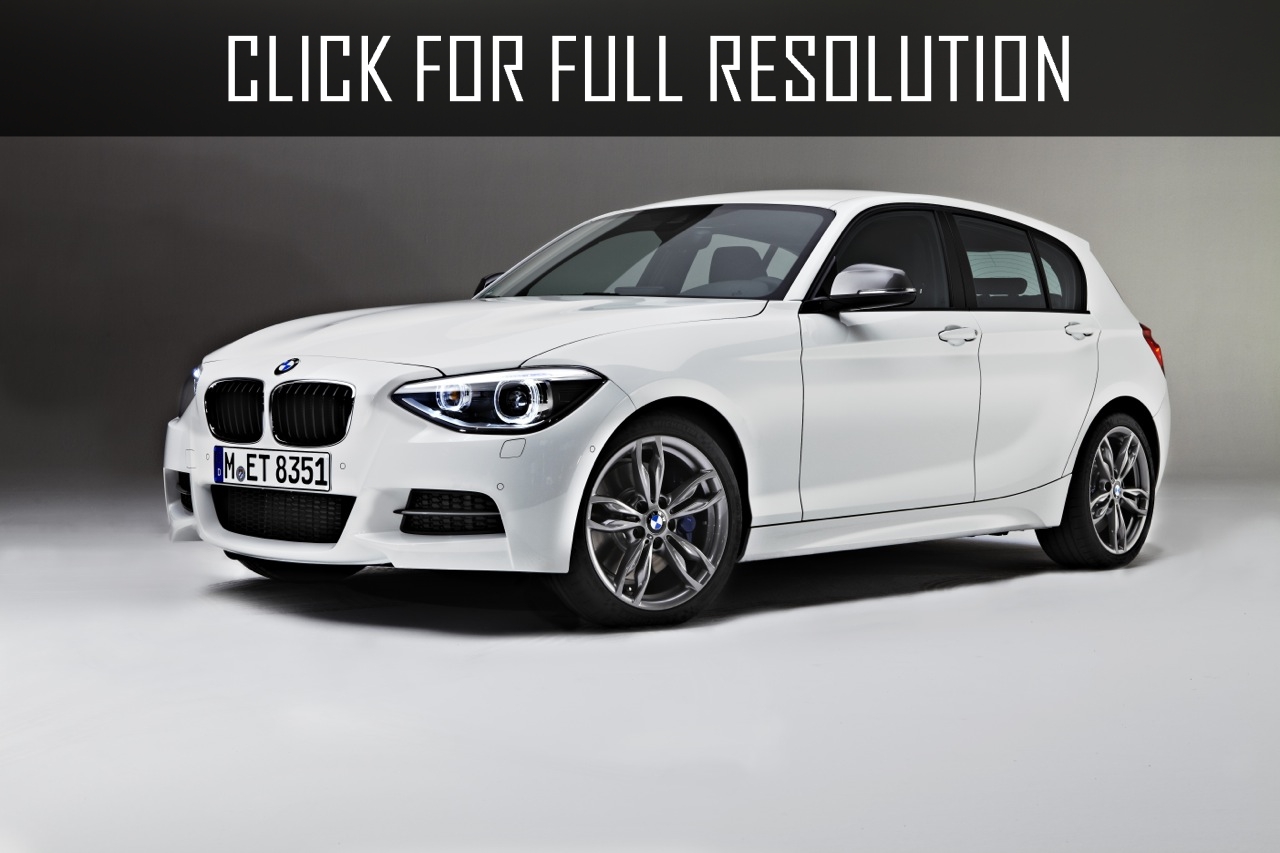 The world premiere of the smallest representative of the family BMW took place in 2004. BMW 1 Series (E87) - is a rear-drive five-door hatchback of golf-class with longitudinal engine layout. Small, elegant car, with unmistakable, attractive design. Produced in Germany. The main competitors are the Audi A3 and Volkswagen Golf.

BMW 1 Series - compact elegant car with rear-wheel drive and with a modern power plant under the hood. For this series, there are several variants of engines ranging from 1.6-liter to economically 114th model to the powerful 3.0-liter engine for the M135i. The new models of the first series are equipped with an innovative package EfficientDynamics, which ensures lower fuel consumption and reduce emissions CO2. The first series produced since 2004 and is offered in four body styles: coupe, convertible, 3 and 5-door hatchback, each of which has its own extension number, and depending on the configuration equipped with four or five seats.

BMW 1 Series 2012 is equipped with a double-hinged front suspension with the depreciation struts, rear suspension, as well as extremely precise steering with the electromechanical power, free from the influence of the drive. As an option, an adjustable sports steering.