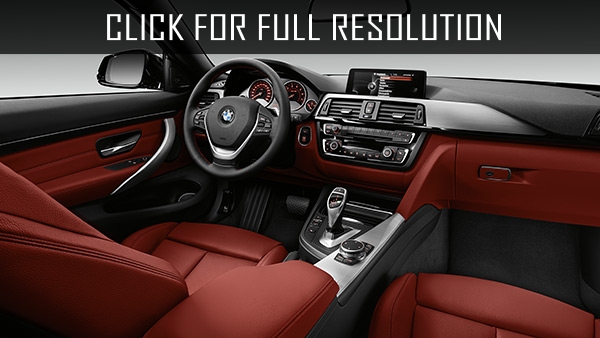 BMW 4 Series is a new series of sports cars which has replaced the 3 series Coupe and Convertible. The car was presented at the beginning of December 2012 as a Coupe (F32), and later as a Convertible (F33) and 4-door Coupe (F36).

In comparison with the predecessor, BMW 4 Series is increased in length up to 4,638 mm (+26 mm), and in width up to 1,825 mm that is 43 mm more than the 3 Series Coupe. The wheelbase has also increased by 50 mm, extended front (+45 mm) and rear (+81 mm) track. However, despite these increases in size, total weight of 4 Series is less than 3 Series for 20-40 kg depending on complete set. All these manipulations centimeters proportions and led in particular to the fact that the center of gravity was able to reduce as much as possible, achieving the best performance among the models of the Bavarian concern. Another important point - the weight distribution actually turned out perfect, 50:50.

The main competitors of the 4 Series Coupe is a 2-door sports model Audi, Mercedes-Benz C-Classe C204 and E-Classe C207.