Super Car Ford GT second generation will be released in 2017 with only limited edition. It should be noted that Ford GT gained popularity ... read more
more news >> 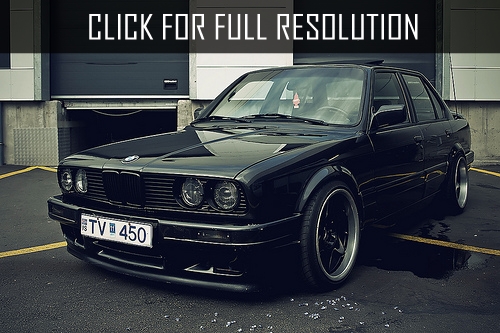 The body of E30 replaced the previous body of E21 small third BMW series which became popular in 1983. Initially, the E30 was increasingly modified version of E21, rather than a completely new car and used the same engines. The main structural changes front and rear suspensions and ergonomic cabin. Years of production: 1983-1990

BMW E30 was one of the most successful models in the history of the brand. However, the automaker did not want to stop on achieved and, in April 1991, presented to the public a new, third in a row, the generation of the 3 Series with factory index E36. But a change of generations did not occur immediately - convertible continued to be issued until 1993, and wagons on the line already lasted until 1994. In just 12 years, the production was released about 2.3 million. Copies of the BMW E30.