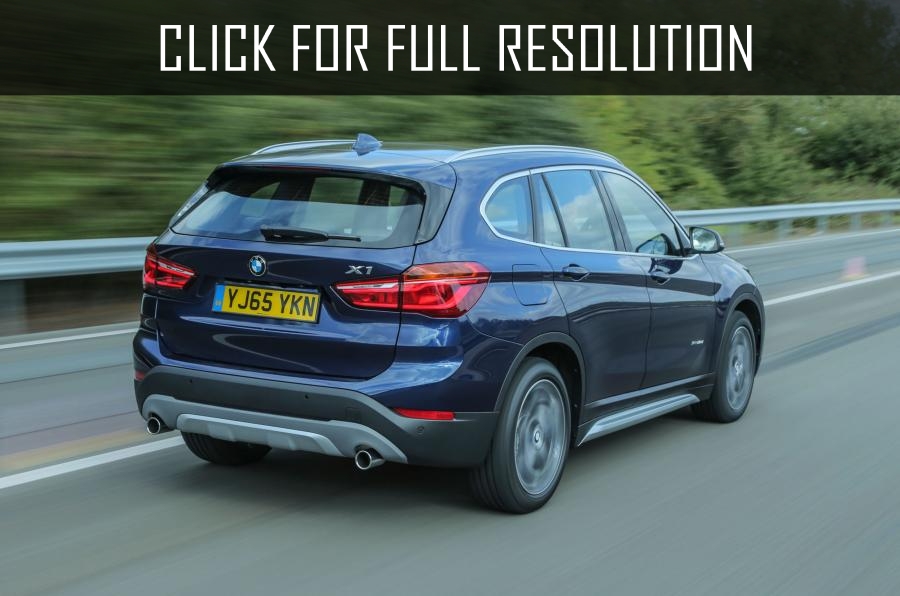 BMW X1 is a compact five-seat crossover. The car production began at the plant Leipzig, Germany, in October 2009. The entire design process, from setting  technical specifications to appearing in the market took three years. BMW does not keep secret that during the crossover creation, designers were oriented more on young people. Overall BMW X1 dimensions was built on the platform of BMW 3-Series and specifically length is 4454 mm, and width, height and wheelbase are 1798, 1545, and 2760 mm, respectively. In comparison, the novelty is approximately 110 mm shorter, 60 mm longer and 140 mm lower than BMW X3. Ground clearance is equal to 194 mm.

BMW X1 is also aimed for beauty lovers which became maximum elegant, deliberate and ergonomic. Central console turned to the driver's side and the upper part of the front panel has 8.8-inch widescreen monitor that displays maps using navigation system, image by built-in rear camera and a lot of other useful information.

The drive can be rear (such modifications are called sDrive) or full (xDrive). In the lineup of engines of BMW X1 was listed five engines with an absolute focus on diesel. Basic modifications are gasoline sDrive18i (150 HP) and diesel xDrive18d (143 HP). The most popular modification is 2.0-liter diesel xDrive20d whose power is 177 HP. There are also diesel xDrive23d with turbodiesel capacity of 204 HP and gasoline xDrive28i with 3-liter V6 engine rated at 258 HP. Transmission could be six-speed manual or automatic transmission.

BMW X1 has received high marks in all categories of security and one of these test result is five stars by Euro NCAP. The car provides the highest level of active and passive safety. The body is made on innovative steel that allows to absorb impact energy in a controlled deformation zones to protect passengers. The basic equipment set includes three-point inertia seat belts in all places, front and side airbags as well as pillow for head protection, adaptive brake lights and daytime running lights. As an option, the manufacturer offers Xenon Headlights, Adaptive Headlights and High-Beam Assistant.