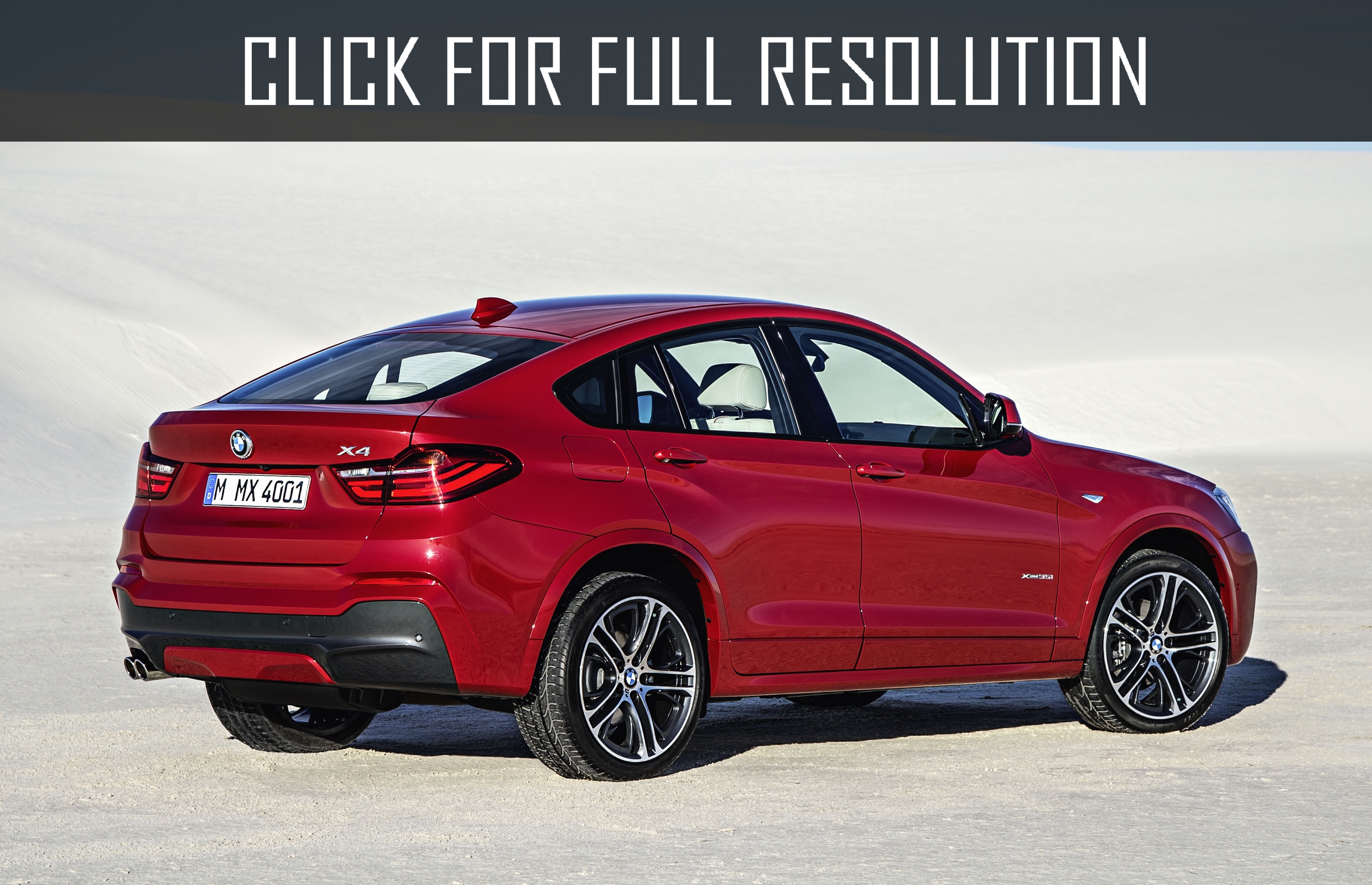 BMW X4 was first demonstrated to the public in Spring 2014. The model became sports version of BMW X3. By the way, this compact SUV is based on BMW X3 but differs in dimensions. Body length is longer by 14 mm and height was reduced by 37 mm. Exact dimensions of BMW X4 are as follows: 4671 mm in length, 1881 mm in width, 1624 mm in height, 2810 mm in wheelbase, and 204 mm in ground clearance. Unlike BMW X3 which can be powered by Rear-Wheel-Drive modification, BMW X4 is available exclusively in Four-Wheel-Drive.

Design and interior decoration of BMW X4 is almost precisely the same as salon of BMW X3, but it is more sports coupe-crossover orientated. Compared to BMW X3, front seats are installed 20 mm lower. Nominal BMW X4 is five-seated but rear row deliberately made in the form of two seats, so the model can only handle 4 people comfortably. The back rest can be transformed into proportions 40:20:40. Trunk volume is 500 liters, that is 50 liters less than BMW X3. When rear seat is folded, the size of storage space can reach up to 1400 litres.