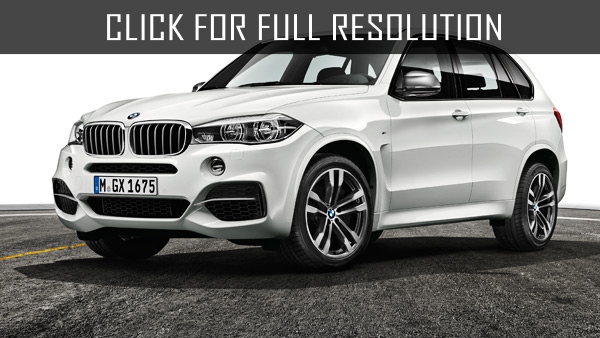 BMW X5 is the first SUV in the long-term history of BMW SUV. Thanks to the impressive road clearance, Full-Wheel-Drive and independent suspension on all wheels, the model is designed for driving on roads of all types. Debut of BMW X5 was held in January 1999 at the Detroit Auto Show. The model was available for sale in European market in Spring 2000. The first concept of BMW X5 was first presented thirteen years ago at the Auto Show in Detroit. Notable fact is that BMW X5 has a self-supporting body unlike classic SUV. The design of BMW X5 was very strict.

Comfort and luxury are reigned in the cabin, making BMW X5 luxury with usage of a lot leather finishings and inserts made of natural wood. The steering wheel has a lot of adjustments. Driver and passenger chairs can also be customized on request. High planting provides excellent visibility. List of standard equipment includes automatic climate control, electric sunroof, front and side airbags, heated front and rear seats, audio CD-Changer for 6 discs, Xenon headlights, headlight washers, rain sensor, and alloy wheels.

Technical characteristics of German crossover is at the highest level as always. Specifically, under the hood of BMW X5 hidden six-cylindered 3.0 liter engine power of 265 HP. This power unit of BMW X5 is capable to accelerate to 100 km/h in just 8.3 seconds. Modification of crossover with eight cylindered 4.8 liter engine rated at 367 HP is able to accelerate to 100 km/h in 6.5 seconds.

The debut of the third generation of BMW X5 (factory index F15) was held at the Frankfurt Motor Show in September 2013. The platform of the novelty almost remained the same, as well as the length of wheelbase. Rigidity has increased by 6%. Dimensions of BMW X5 as follows: length - 4886 mm, width - 1938 mm, height - 1762 mm, wheelbase - 2933 mm. The model was wider and smaller by 5 and 4 mm, respectively, while the length has increased by 32 mm. Clearance was reduced from 222 to 209 mm. The curb weight of BMW X5 decreased by 150 kg, compared with its predecessor. The base engine is 3.0-liter Twin Turbo inline six-cylindered rates at 306 HP and 406 Nm of torque, which is transmitted through 8-speed automatic gearbox. This motor makes new version of BMW X5 to accelerate to 100 km/h in 6.2 seconds.